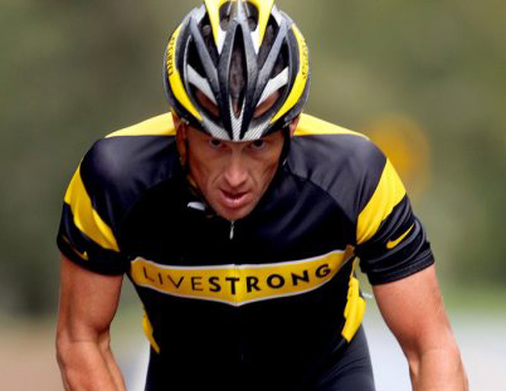 Say what you will about Mr. Armstrong’s use of performance enhancing substances, he will be best remembered by this oncologist as, if not the founder of the patient survivorship movement, the charismatic financer of it. With impressive altruism, he revealed to the world private aspects of his health history in order that other cancer survivors should not feel stigmatized and in fact be proud of having weathered what is often a harrowing storm of anti-cancer therapy.

His foundation has funded research in survivorship, so much so that much of the country now understands that most people in the US who develop cancer will be cured, that cancer is no longer a death sentence.

However, herein lies the conundrum. Most tumors in the US are solid tumors that arise in a specific organ rather than blood cell tumors like leukemia, lymphoma, or myeloma for example. Most solid tumors are diagnosed when they are still within the organ of origin and are still curable, but nearly 100% of solid tumors that have spread beyond the initial site to involve the brain and other distant organs are incurable. A notable exception is testicular cancer metastatic to the brain and other organs, which is what Mr. Armstrong reports having had.

Some oncologists think of things in ways that are strange. For example, some of us have said things like, “well, if you have to have metastatic cancer to your brain, testicular cancer is the best kind to have have”. We say this because unlike the other 99% of solid tumors, testicular cancer involving distant organs including the brain is highly curable with chemotherapy +/- surgery and radiation. Some of us might even think quietly to ourselves, “boy, this guy just won the lottery and does not even know it.” All of this is ridiculous of course because no one wants cancer or chemotherapy or to be spending time in the hospital talking to an oncologist, but I divulge this as a way to show that testicular cancer is a prognostic outlier.

So while Mr. Armstrong’s rigorous athletic training and mental focus are impressive, they had little to do with his cure beyond helping him get to and from appointments. A theory that is prevalent among patients I’ve met over the years is that if they only had the focus and discipline of Mr. Armstrong, their metastatic squamous cell lung cancer for example would be cured. This is simply not the case. These patients may entertain false hope that they share or keep close to their chest that if only they were more fit and had better mental focus they would be cured like Lance Armstrong was and the progression of their cancer is a personal failure or sign of weakness. This is simply not the case. At this moment in time, tumor biology trumps all including the most sinewy calves and steely will.